GM China (SAIC-GM-Wuling: SGMW) recently, revealed the detail of its new Baojun 630 mid-sixe sedan, one of the most reasonable priced vehicle for average people. 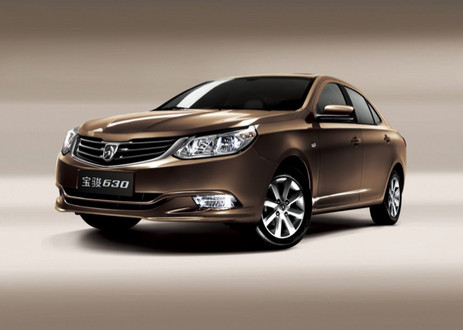 Baojun 630 will make its world debut in the forthcoming Shanghai Auto Show 2011 and will go on sale after few days of Shanghai Auto Show. Most of the features including designing and styling of the vehicle complements to the user-friendly GM styling and also are based on the local market preferences. Though, it is made for Chinese market, the car maker claims that it has some global elements as well.

The front grille in the front gives the car more stunning looks. Baojun 630 has got a wheelbase of 2640 mm with ample amount of space in the interior that is, with over 22 individual storages spaces.

As Baojun 630 is claimed to be a pure family car, so it has got some remarkable security features as well such as high-strength steel and anti-lock brakes along with electronic brakeforce distribution, reverse drive radar, child safety seat fasteners, safety locks, and three-point seat belts with early warning restraints.

This vehicle will be powered by a 1.5-L DOHC engine that is capable of developing 81kW/5800 rpm and torque of about 146 Nm/4200 rpm. These figures show that the emphasis is given to make it more economical one instead of a performance vehicle. It gets an average of 6.9 liter/100 km and totally in consent with the Euro IV standard.

The production site for Baojun 630 is at SGMW’s facility located in Guangxi Zhuang Autonomous Region. The government of Guangxi is very keen to promote this upcoming passenger vehicle and for this reason they are providing their assistance in production.

This entry was posted in News, Others and tagged China, GM. Bookmark the permalink.